Reflections on a 10-year reunion 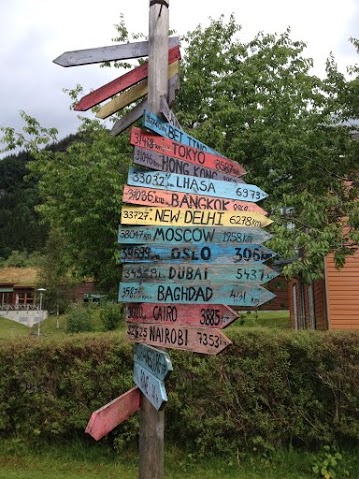 “My arms are tingling” – my own heart was a-flutter. To be physically present in a place and with people that had meant so much to us was truly surreal. Above every feeling was an electric joy and excitement at being back at RCNUWC. We had come from so far – every continent, every type of job – and many of us had not seen each other for a decade.
It was surprisingly natural to see my old classmates again, because they had barely changed, except for slightly longer features and non-campus clothes. The energy of UWC was still there – on fastforward. We relived the old days – brown cheese at “cookie break”, diving into the icy fjord, cheering when a glass broke, and shouting announcements in the cantina. We wandered contemplatively through empty classrooms, marveled at the small changes – a new building – a salad bar – but most of all we talked and talked and talked. So many years and experiences to catch up on.
High-school reunions are always special, but for UWC I think it is far more special due to the geographical diversity of our classmates, and the passion underlying their pursuits. What have we done in the last 10 years? What haven’t we! We are scattered in all directions, many professions and educations. Some are making loads of money, some never will. Some have kids, some never will. Most have had bad times as well as good. Still there is something special that unites us – a consciousness and enthusiasm about how to live, which is contagious. A deeper appreciation of UWC

One of the highlights of the reunion was taking it in turns to give spontaneous presentations in the auditorium. In particular, it was amazing to realize how many classmates were speaking at the front for the first time! Time has smoothed differences in confidence and English-ability. I was impressed by how many worthwhile and initiative-taking things people are doing. It was also great to see how many are involved in their National committees – again on every continent. No one path is best, but many seem very fruitful. The reunion definitely gave me both a renewed and a deeper appreciation of the UWC movement.

Not to swell up your heads, but returning to Norway also reminded me that you have built yourselves a great country! It is not a coincidence that mainly it is Scandinavian classmates that have kids already. Norway can add to its list of things to be proud of its role developing one of the UWCs with the highest portion of students on scholarship and attentions to social issues. It is such a privilege to have a lasting connection to Norway thanks to RCN.
That said, I was quite surprised how few of my Norwegian classmates made it to the reunion. They were no more likely than average, despite the fact that on average it would have been quicker and cheaper for them to come. Perhaps the fjords are less unique for you, or you are in more frequent touch with your closest friends. Still, the Norwegians that came were very glad they did so. I hope to see the rest of you at the 20th anniversary!

As our wonderful teacher Daniel said one evening in the Hoegh Centre (it was tremendous to see so many of our teachers there – including Jean-Paul all the way from Canada!): “From those to whom great things are given, great things are expected.” It was a real gift to be able to come, since I live halfway around the world in South America. The majority of my classmates couldn’t come – especially those working far away in Africa and Asia. It is fuel to use the next 10 years well before the 20-year reunion!

So dear reader, please keep the network and the UWC spirit strong, wherever you are in life. If you need to be reminded that you can help change the world, just look around at what your classmates are doing – especially some of those that never spoke in the auditorium. Come back to UWC and help bring a friend – you’ll be glad you did. Cheers!