A message of hope

I had just landed, and was standing at the terminal of Dar es Salaam International Airport in eastern Tanzania, when the phrase «the smell of Africa» suddenly made sense to me. The new sounds, smells, and people all made an immense impression on me – they were so far away from anything I had ever seen before. But what I experienced there was nothing compared to what would happen some two hours later.

«Follow me,» our driver Richard called at us from some feet away. Tall, thin, somewhat on the shy side but with a gleam in his eye, he was my first encounter with the Tanzanian people. We soon found ourselves on the dusty roads of Tanzania, sitting in a Toyota safari van that looked like it was taken out of a Hollywood movie. But what passed by our eyes outside the dirty windows was as far from Hollywood as you could get; a myriad of people, shouting, selling whatever they could find, busily scurrying around with their minds clearly set on completing their daily chores.

I was tired, we had been travelling for about 24 hours, and was just letting my eye-lids fall when the van came to a sudden stop outside a small house, well built compared to the others in the area. As we exited the car we were met by smiling young boys and girls, all making an effort to speak English, and all of us endeavoring to understand them. «These children, 14-16 years of age, have all lost their parents to HIV AIDS and are struggling to keep control of their younger siblings,» our project manager Joe told us. It came as a revelation to us; back home we whined about the Internet or television not working, while there were kids our age, on the other side of the world, fighting for survival.

Their family situations set aside; they set up a great show for us with Tanzanian dance and music, showcasing the best of their culture, and not one single one of them failing to smile the entire time they were performing. Afterwards when I came into discussion with one of the boys, I fail to remember his name, he said something to me that would change my view on life forever; «I want to be a doctor». A boy, young enough still to be in High School most places in the world, and his parents dead, still had hope. Hope that some day, in the distant future, he and his family would be able to make a living by helping others. Hope that things would work out for the better, that his future would be brighter than his childhood.

What happened to that boy, I don’t know. Did he get into university? Is he now working on his doctor’s degree? Those are questions left unanswered. But that encounter left me thinking about how I approach life; what’s really important? How come there is so much suffering, and equally – if not more – ignorance in this world? On my way back from that eye-opening trip to Tanzania, I told my self «Martin, the day you start working, that job better include helping those less fortunate than yourself». I have, patently, not gotten that far in life yet. What I have done, though, is to start questioning my thoughts and perceptions of the world. My encounter also led me to want to meet and understand other people and cultures. In August of 2009 I started studying the International Baccalaureate diploma programme at the United World College Costa Rica. That, I tell you, has also been an eye-opening experience. And an experience I wouldn’t want anyone to go without. 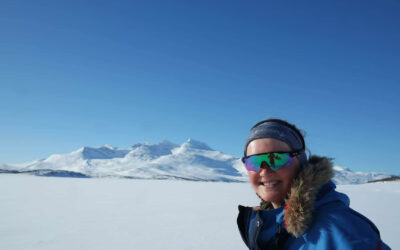